The Redsbaby Journey: How it all Began

Redsbaby founders, Brett and Megan Redelman, have packed a lot into the past four years. The company directors have established and led the brand to household name status but, as with any new business venture, it has taken grit and determination – not to mention the back-of-the-car sales and 10-hour road trips – to get where they are today. 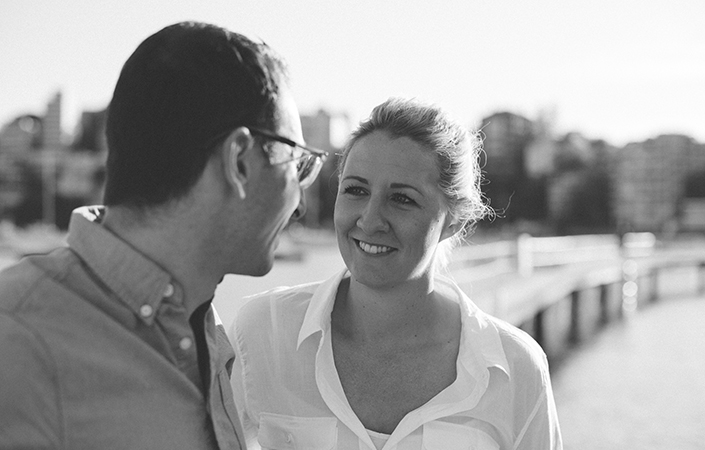 Meagan, a career product marketer, and Brett, who worked in the finance sector, were destined to become entrepreneurs. “Both Brett and I are entrepreneurial by nature and we’ve always toyed with various ideas”, says Meagan. “At one stage, while working in our corporate roles, we discussed manufacturing men’s loafers and we also considered some online ventures”.

It was after they did their research into the Australian pram market that they found a clear gap to pursue. “We recognised that all of the more stylish prams on the market were being made for European families” says Brett, ”but the way we live is different and, with that in mind, we set out to create an Australian pram brand designed specifically for the Australian market”.

Redsbaby prams offer maximised air flow for comfort in hotter weather, a compact fold with lots of storage space for busy days out and about, and a lightweight frame that can be taken in and out of the car with ease. Redsbaby has also developed accessories like a UPF 50+ sunshade to protect children from the high Australian UV index.

Four years down the track, their brand of Australian designed prams has gone on to fulfill 10,000 orders, claim 14.5% of total online pram sales ( Online Baby Product Sales in Australia, IBISWorld, 2016) and amass annual revenue of $5M. While the business now employs 25 staff across Australia, has an outsourced warehouse and the demand to justify hiring space for their popular ‘Demo Days’, the picture was very different in the business’ early stages.

With $45,000 in house savings and a steely motivation to prove the friends who called them crazy wrong, the Redelman’s started Redsbaby as a genuine bootstrap business. “For the first 12 months, so not long ago, we would drive the 10-plus hours to Melbourne and Brisbane to show our prams to the customers who’d visited our website wanted to see our products. Before that, at the very beginning, we would drive to customers’ houses around Sydney and give them one-on-one demonstrations. It’s what needed to be done to get started but, in essence, our approach to customer service hasn’t changed. Sure, we might present our demonstrations to 500 people in a day now, but they still get personalised service from the team and access to an expert who will answer their questions and provide advice. It’s always been important to us that we focus on the customer because we learned early on that they’re our best teachers and our most valuable assets. We also genuinely care for them and that culture is evident in the customer service our team delivers every day”.

Meagan recalls a story when, due to a minor aesthetic imperfection in one of their first shipments, she had to call upon her commercial sewing experience to hand finish 200 prams. It took three weeks of lost sleep but, to her and Brett, it was preferable to sending out products that were not 100% impeccable.

“A pram is a high involvement purchase”, says Meagan. “A new parent or parent-to-be labours over the decision and, in the early days, I was also very aware that they took a bit of a punt on us because we didn’t have the rave reviews that we have today. There was simply no way I was going to send anything less than flawless to them – regardless of the unlikelihood that they’d ever notice”.

Nowadays, just four years later, the business is in a different position. They’ve just recently been recognised as Product Review’s 2016 ‘4 Wheel Pram of the Year’, launched a new pram and a range of nursery furniture, moved to a new head office and put the wheels in motion to employ more sales and product development specialists to support their rapid growth.

By 2015, the long-haul car trips were no longer necessary. The business was steadily developing and they had their own warehouse instead of operating out of Brett’s parents’ three-car garage and fulfilling orders themselves… when they discovered that the baby they were expecting was, in fact, babies; twins!

“We were incredibly excited but the news that we were expecting twins also meant we had to make some decisions quickly”, says Brett. “We couldn’t keep working from our apartment and we had to staff up to create flexibility”. That’s when Meagan and Brett took on their first customer service team member and, in retrospect, they say that the arrival of the twins was a turning point for Redsbaby. “We were always determined to grow the business by employing a team, and expanding our product range and reach but having the twins prompted us to make important decisions sooner than we might have were we not expecting Levi and Camilla”, says Meagan. 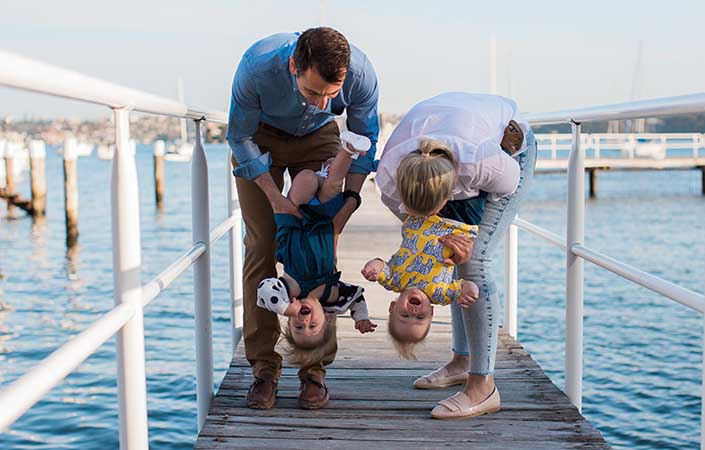 Since then they’ve experienced the usual working parental juggle; however, the measures Meagan and Brett put in place allowed them to enjoy parenthood, while also being able to manage the responsibilities of running the business.

Unbeknownst to Meagan and Brett when they resolved to create their stylish and functional range of prams to complement the Australian lifestyle, the Redelman family’s expertise in the pram market actually dates back nearly a century. It was during a family get together – when the business was already more than six months old – that it emerged that Brett’s great grandfather, Isaac Redelman, introduced the first folding pram to Australians in 1940. “I thought they were playing a joke on me”, says Brett, “I genuinely couldn’t believe it, but they had kept my great grandfather’s brochures and there it was – ‘The Redelman Pram, the first patented folding baby’s pram’. It turns out that he used similar features to those we use in our designs, like leatherette details and the emphasis on compactness. His tagline was ‘An Australian Product for Australians’ – it’s the same idea that launched us into this business three years ago”. 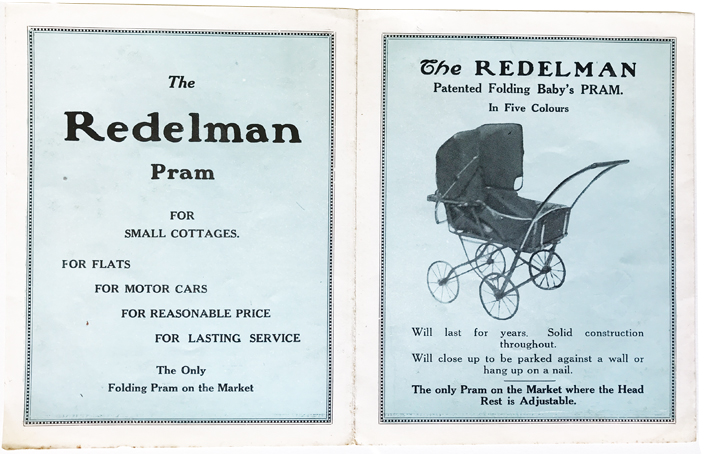 BY PARENTS FOR PARENTS

Brett and Meagan cherish being part of their customers’ first years as parents. It’s a precious time, filled with moments of delight as mother and father navigate their way through the first few years of parenting and the Redelmans take their role in that dynamic very seriously. “We stay attuned to the needs of our customers and we implement changes quickly”, says Brett. “Also, as parents ourselves and, of course, users of our prams, we are continuously exposed to what we’ve produced and coming with ideas to improve and expand. Because we’ve kept in step with our customers, the Redsbaby community has grown considerably and the level of support is overwhelming,’ says Brett.

With global expansion plans in the works, some key hires recently made and more on the horizon, as well as 15-month old children to parent, Meagan and Brett Redelman’s future seems bright – and busy. While their credentials in business are already evident and Redsbaby is on the rise, it’s just the first chapter in what will undoubtedly be a great Australian success story.